This year Christopher discovers the true international nature of Haydn, with invitations to conduct the Nelson Mass in Krakow, the Paukenmesse with the Munich Philharmonic and The Creation with the Residentie Orchestra in The Hague… 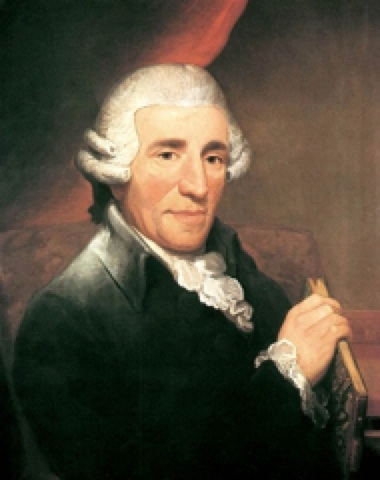 In addition, a roll-call of symphonies for this year finds No. 13 in Bonn, No. 43 in Vienna‘s Musikverein, No. 70 in Cambridge and London, plus the more familiar No.100 as part of the Mecklenburg Festival and No.104 in Tokyo, Turin and Krakow.

Of the concertos that for cello (C major) is heard in Frankfurt and Mecklenburg, the D major keyboard concerto (on a forte-piano, moreover) in Vienna, the trumpet concerto in Bonn and the cheerful Sinfonia Concertante in Stuttgart.

Amongst publications, the Petite Pièces for keyboard are already in print with HH Edition; Paul Wranitzky‘s intriguing arrangements of three Haydn string quartets expanded with winds to form nonets have just appeared (see News item above) and later in the year the three piano sonatas Op. 22 by John Cramer, which are dedicated to Haydn will be published. Bärenreiter are meanwhile issuing revised versions of some of Christopher’s editions of the excellent Salomon arrangements of the London symphonies adapted for “quintetto”.

All this, plus invitations to speak at the Cheltenham and Hay-on-Wye Book Festivals (a new departure for Christopher) – a very creditable itinerary for Papa Haydn.