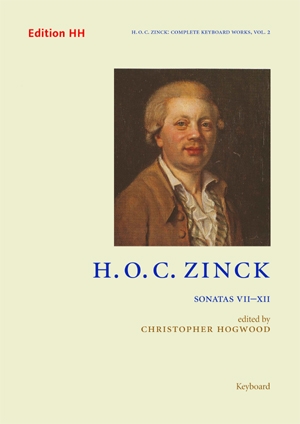 When Zinck's sonatas first appeared in print in 1783, the publication was greeted as exceptional by the best European critics: "Their interesting melodic style, highly developed turns of phrase, great diversity of musical ideas unified into one great sonata style far removed from the routine, and finally, very descriptive tone-painting, elevate them and make them worthy of the approval of connoisseurs".

Zinck had studied with C. P. E. Bach in Hamburg, and the influence of Empfindsamkeit is very apparent in his works. But there are later and interesting changes as he evolved a more Italianate keyboard manner, and also incorporated elements of the folk and popular music encountered during his residence in Denmark.

The composer followed C. P. E. Bach in promoting the use of the clavichord, but his music is equally successful on the fortepiano, and would provide a welcome novelty today both for recital programming and in teaching.