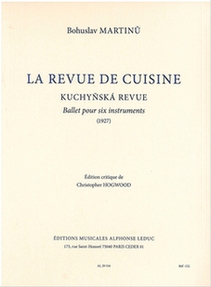 It is the first time that the complete ballet music, written in 1927, has been published; the suite drawn from this material by the composer, and published in 1930 is also included in this new publication, which is based on the autograph material in addition to the earlier printing.

Although the first publication of the suite misleadingly described it as being a “suite pour orchestre”, the scoring of the ballet is for a remarkably economic sextet: clarinet, bassoon, trumpet, violin, cello and piano.

In addition, Martinů also arranged the suite as a piano solo; a new edition of this is still in preparation. Watch this space…. 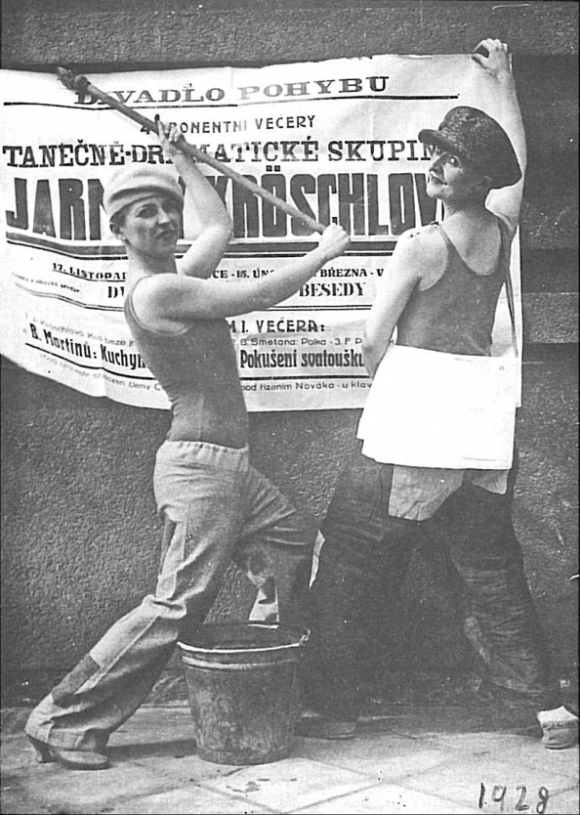 Publicity photograph of the Company Jarmila Kröschlová with a poster announcing Obrázky z velkoměsta (Pictures from a big town) on music by Mussorgsky (Pictures from an exhibition) with La Revue de Cuisine as part of the forthcoming (1927/8) season. (Image property of Eva Kröschlová, Prague.)