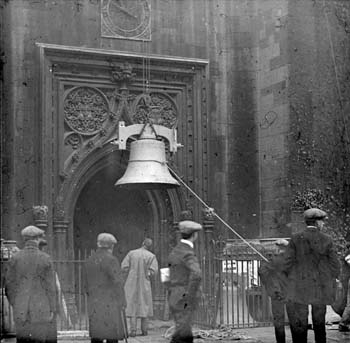 Sir, It would be gratifying to be able to connect the chimes of Westminster (150th anniversary) with the music of Handel (250th anniversary of death, report, May 30) but, alas, the connection with I Know that My Redeemer Liveth is very tenuous; the four-note melody of the words Now is Christ Risen coincidentally demonstrates the four bells that were available at the church of St Mary the Great in Cambridge, where this chime originated in 1793. The variant arrangements of these four notes (different for every quarter) were said to have been devised by the young prodigy William Crotch (1775-1847). Their title is Cambridge Quarters, although known for some time in the university as "Jowett's Jig" after the Regius Professor of Civil Law who oversaw the job without undue haste.