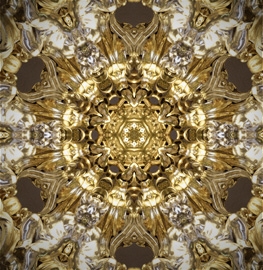 The exhibition coincides with the 250th anniversary of Handel's death and the 350th anniversary of Purcell's birth. The V&A is one of a host of partner organisations participating in Baroque 09, a series of cultural events celebrating the achievements of the baroque era.

Ben Hoyle writing in The Times on 22nd October commented on the stir that Christopher’s speech created:

“The hacks were serenaded by the soprano Rosemary Joshua, then harangued by the conductor Christopher Hogwood, who took exception to a piece in The Spectator that claimed that “the more you know (about art) the less you feel”. “Anyone who agrees with that,” he glowered, “please come and see me afterwards.” No one dared.”