In a series of unusual but striking collaborations, these young folk singers joined forces with players from the Early Music Consort on period instruments, creating what Dolly Collins felt to be the "natural orchestra" that her arrangements needed. So far we have unearthed copies of "Galleries", by The Young Tradition (1968), along with two albums by Shirley & Dolly Collins, "Anthems in Eden" (1969) and "Love, Death and the Lady" (1970).

Featuring a variety of what were then relatively little-known instruments including viols, shawm, cornett, sackbut, crumhorns, along with the harpsichord played by Christopher, these recordings have been variously referred to as "freak folk" or "folk rock" and represented something of a departure from Christopher's usual musical style! 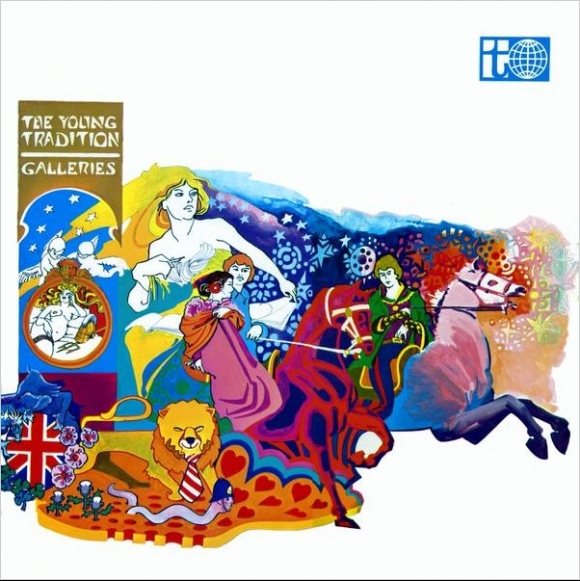 This is harsh primordial territory. Murder ballads, tales of wrong-doing and punishment meted out by an uncaring society do little to further the perennial prejudice that all British folk is
'hey-nonny-no-under-the-greenwood' stuff... They're archetypes in which all of our cultural expressions are rooted and, as such, transcend any 'Olde Englishe' stereotype you care to put on them. This is one album that'll still be as relevant in a hundred years time. Haunting.
[Chris Jones, BBC Review of "Love, Death and the Lady", 2003]

Above: The cover of "Galleries", by The Young Tradition — a much more colourful illustration than most of those we find on the shelves of Christopher's recordings.