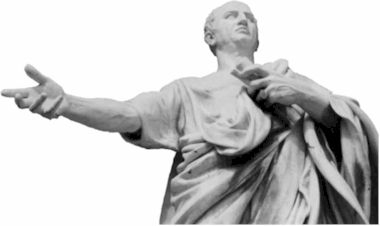 In response to an article by Philip Howard (The Times, April 3), in which 'O fortunatem natam me Consule Romam' is rendered 'O congrats, Rome, on being conceived when I was consul', Christopher writes:

'Sir, Rather than the prosaic translation of Cicero's awful jingle (O fortunatam natam me Consule Romam, April 3) I prefer the more monitory one we chanted at school: "O happy fate for Rome to date/ Her birthday from my consulate".' (The Times, April 6).

Christopher went on to study Classics as well as Music at Pembroke College, Cambridge.