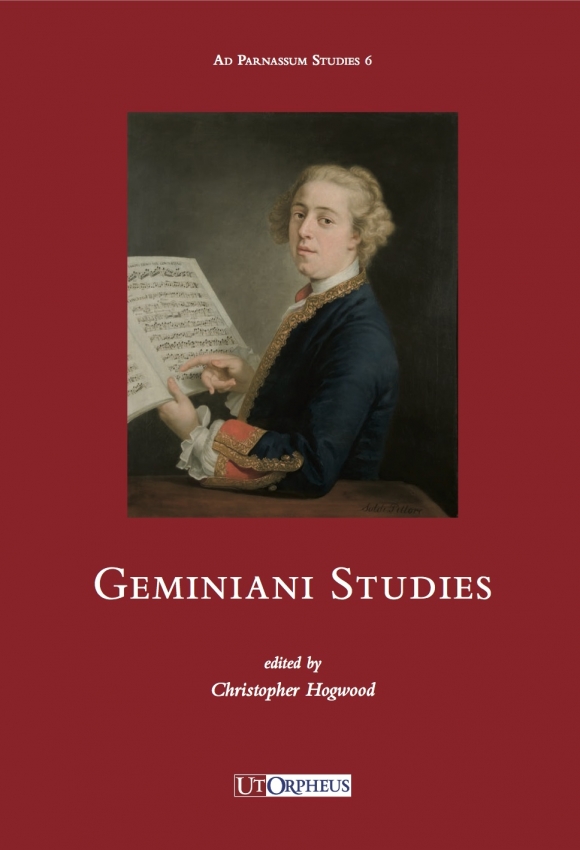 A collection of essays by leading scholars from various fields, this book provides a long overdue look at Francesco Geminiani's life and works from numerous viewpoints. Included is a Preface and essay by Christopher, 'Geminiani and Fine Art', which assesses Geminiani's (often ridiculed, but highly successful) dealings in artworks. Below is the abstract from the book.

This publication runs alongside Ut Orpheus' on-going Francesco Geminiani Opera Omnia project, for which Christopher is the General Editor.

Sixteen essays by international scholars celebrate the 250th anniversary of Francesco Geminiani (1687-1762), star pupil of Corelli and composer, performer and teacher in Paris, London and Dublin, who for many years was ranked as the equal of Handel.

His compositions moved far beyond Corelli’s model (to include theatre music, sonatas for cello and keyboard works) and later in his life he supported his aesthetic style with treatises on violin and guitar playing, good taste, accompaniment and composition. He published all his output in the most elegant style via engravers and music sellers in Paris, Amsterdam and London, and constantly revised and rewrote earlier works in new and often expanded formats. This legacy is analysed and placed in context within the various national styles current in Europe, and the enormous influence of his treatise The Art of Playing on the Violin is positioned in a continuum which extends to Ivan Galamian.

Outside music these studies examine the effect of Freemasonry on Geminiani’s career, and his frequent recourse to law to defend his rights. On his own admission, Geminiani preferred dealing in fine art to playing the violin — a claim always derided by earlier writers, but in fact easily defended by newly available evidence of his highly successful sales.

The reception of Geminiani’s music is also re-assessed and his apparent decline in public favour is explained; many new sources contradict the accepted and dismissive opinions of Charles Burney and John Hawkins, and the supportive enthusiasm of his main British advocate, Charles Avison, is given its rightful position. Questions of present-day performance values are also contrasted with Geminiani’s philosophy, and many leads presented for the future investigation of this enigmatic but individual genius.