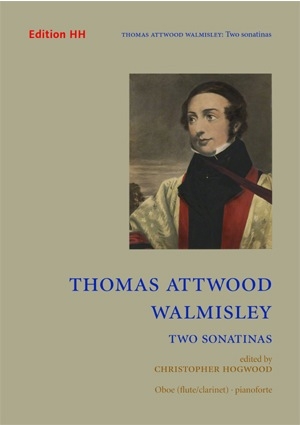 The 2nd movement from Sonatina No. 1 in B flat is included on the ABRSM Grade 7 oboe syllabus, while the complete Sonatina No. 2 is an option for Grade 8. Christopher's edition of both works was published by Edition HH in 2011. This coincides with the 200th anniversary of Walmisley's birth (21 January 1814).

Original music for oboe and piano is relatively rare, especially from 19th-century England. These two short Sonatinas by Thomas Walmisley, a composer almost exclusively remembered for his church music, offer an early Romantic view of classical form and exploit both instruments ingeniously and with originality.