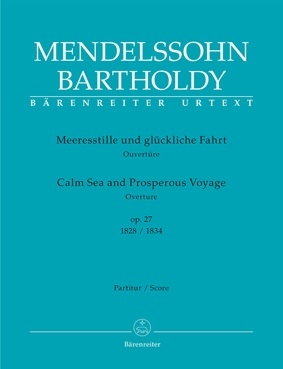 "Calm Sea and Prosperous Voyage" is familiar today only in the version from 1834 and the new edition offers a critical edition of this version. But unknown to modern ears is an early version including an additional fifty bars from 1828 which survive in a manuscript copy from the composer’s estate. Christopher's edition offers for the first time both the 1828 and 1834 versions in score and parts.

The complete overture series contains first publications of many of the unknown versions of these popular works and presents a hitherto unnoticed area of exploration into Mendelssohn's compositional methods: