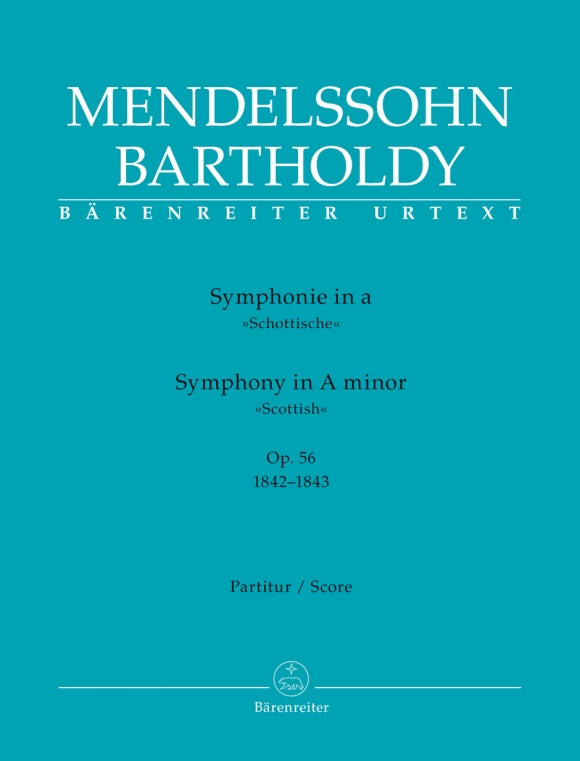 Mendelssohn made his first visit to Scotland in 1829, following which he wrote some of his most successful works, inspired by the Scottish landscape. The 'Scottish' Symphony was however not completed until 1842, after a complicated gestation process of over 12 years.

The work was enthusiastically received at its premiere in Leipzig in March that year, and a second performance took place there two weeks later. In the short period between the two concerts, Mendelssohn fully revised the symphony, and this new version was the basis for the performance which he conducted in June 1842 in London. In 1843 Mendelssohn then authorised the work’s publication.

The 'Scottish', which is often regarded as Mendelssohn’s greatest contribution to the symphonic form, survives in several sources and Christopher’s critical new edition makes use of all of these. The preface contains valuable information and describes Mendelssohn’s 12 year compositional process from the first impressions in his youth to a mature large-scale symphony.

The critical edition offers not only the well-known published version authorised by the composer in 1843, but also the London version of 1842. Both versions are presented in score and in performance material. Movements 1 and 4 are presented twice, in the 1842 and the 1843 version, whereas the small number of changes representing the 1842 London version are rendered in movements 2 and 3 as ossia staves in both score and parts. The edition includes facsimile pages and an informative introduction by Christopher.