Christopher’s new editions of some familiar works by Haydn, as transformed by his contemporary Paul Wranitzky, have just been published by Edition HH. Wranitzky added flute, oboe, two horns and double bass to the scoring of six of Haydn’s most popular string quartets (Opp.71 and 74), re-naming them Divertimenti. Although these 'amplifications' were undoubtedly intended as a subtle form of flattery towards Haydn, Wranitzky was nevertheless certainly not afraid to depart from the original and use his own creative instinct; he adds idiomatic horn parts, new and different expression markings and re-allocates music from strings to winds. The results were works of a more symphonic nature that allowed for larger-scale public performances of some of Haydn’s most popular chamber pieces.

The arrangements were originally published in 1800 but were subsequently little known until the bicentenary of Wranitzky’s death prompted a renewal of interested in the composer's activities. The first three Divertimenti are available now; to buy your own copies visit the Edition HH website. 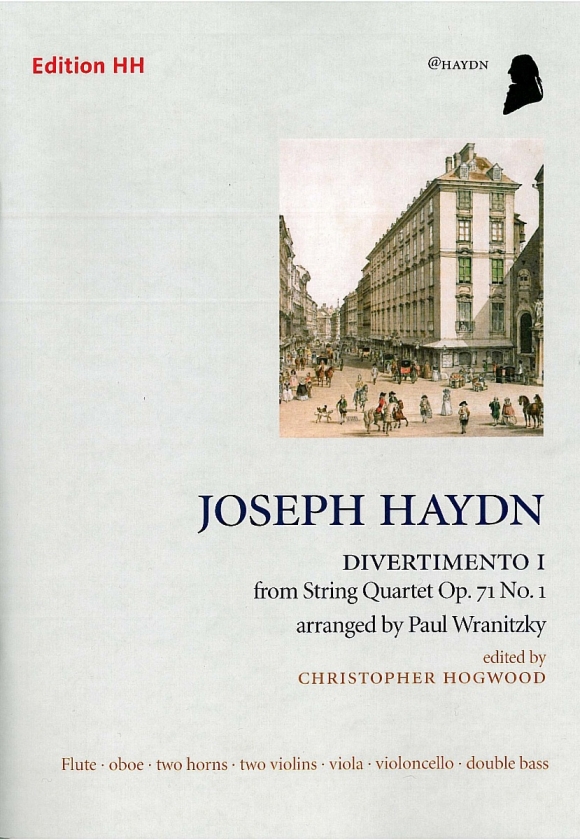