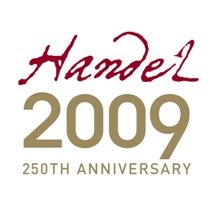 It will be a key part of the programme marking the 250th anniversary of the death of the composer, which, Christopher says, ‘gives us the opportunity of presenting ‘Handel the man’, something which is rarely done. It is a true delight to be able to do so in the very rooms in which Handel lived and created the music that brought him international fame. The House is imbued with the atmosphere of Georgian London society, in which Handel was a commanding presence.’

Further information on the exhibition can be found at the Handel House Museum website.

The following appears in the October 29, 2008 edition of Country Life, page 28, in the ‘Town & Country’ section edited by Kate Green:

‘A series of concerts and exhibitions is planned to mark the 250th anniversary of Handel’s death on April 14, 1759. The conductor and musicologist Christopher Hogwood is curating an exhibition ‘Handel Reveal’d’ (April 8—October 25) at the Handel House Museum in Brook Street, London W1, where the composer lived. It will focus on his social and financial life, his Old Master collection, his enthusiasm for food—he was annoyed to be cariacatured as the ‘Harmonius Boar’ by Goupy—and his health, including his medical treatment for strokes, palsy, gout and blindness. Mr Hogwood explains: ‘My dilemma as to how to do the exhibition was solved while lecturing at a prep school. A 10-year-old boy asked “Can you tell me if Handel had a hot-water bottle?”. He insisted it was an important detail, and that started my train of thought about what we don’t know about Handel. He was a careful, private person.’

‘The Foundling Museum in Brunswick Square, London, has an exhibition, ‘Handel the Philanthropist’, from January to June, focusing on his charitable life, and Radio 3 will broadcast a Handel opera every Tuesday afternoon. On March 1, the world premiere of a new oratorio, 25 Brook Street, will take place at St George’s Hanover Square. For details, visit www.handelhouse.org