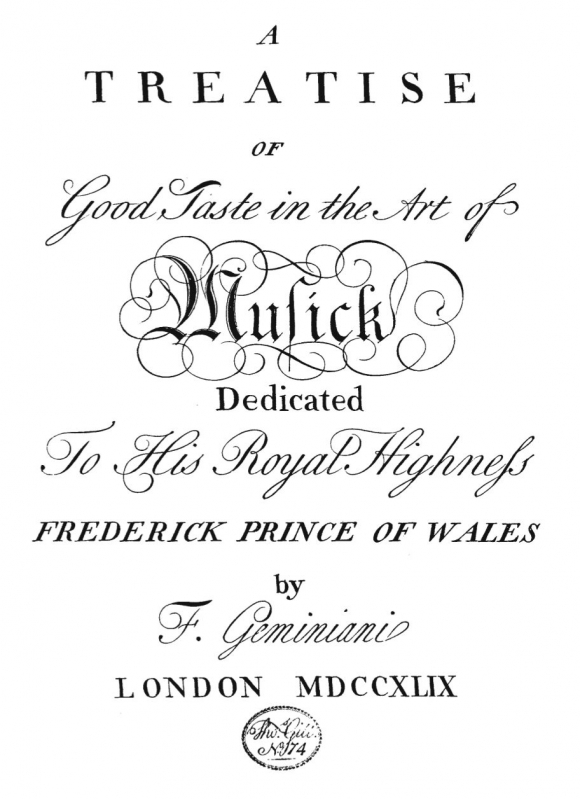 The Rules and the Treatise were the first of several didactic works Geminiani published in the later stages of his career, his focus having shifted from writing music to writing about music. The musical contents of the Rules are four sets of variations on English, Scottish and Irish tunes, while the Treatise contains songs, sonatas, and airs based on melodies taken from the 1733 collection Orpheus Caledonius. Both publications were designed to guide singers and players of flute, violin, cello and harpsichord to perform with good taste, by the liberal use of marks of expression and ornamentation, introduced in Geminiani’s Preface to the Rules and expanded upon, with examples and realisations, in the Treatise. In turn, the matters raised in these publications were subsequently developed in The Art of Playing on the Violin Op. 9 (1751) and The Art of Accompaniment Op. 11 (c1756).

In the new edition, Geminiani’s verbal and musical texts are newly typeset, allowing both for corrections derived from significant manuscript versions, and for his instructions to be read side-by-side with his music examples, which originally had to be engraved on separate pages. Geminiani’s material is supplemented by a new Introduction and a full Critical Commentary, as well as numerous facsimiles, including all the melodies and lyrics borrowed from Orpheus Caledonius.