“... powerfully original, it is to be hoped that these sonatas will quickly find a place in the repertoires of all serious players and will take their rightful place in concerts.”
(Clavichord International) 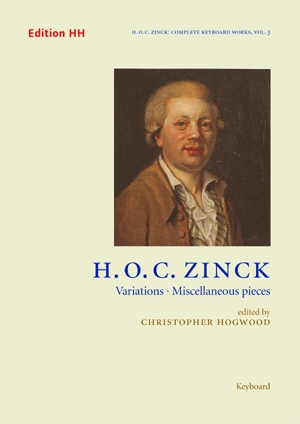 Volume I (Edition HH 240) contains Zinck’s Six Sonatas (1783), and the recent publication of Volume II (Edition HH 241) completed the sonata collection, including the first appearance in print of two sonatas (XI and XII).

Zinck had studied with C. P. E. Bach in Hamburg, and the influence of Empfindsamkeit is very apparent in his works. But there are later and interesting changes as he evolved a more Italianate keyboard manner, and also incorporated elements of the folk and popular music encountered during his residence in Denmark.

Zinck followed C. P. E. Bach in promoting the use of the clavichord, but his music is equally successful on the fortepiano, and would provide a welcome novelty today both for recital programming and in teaching. 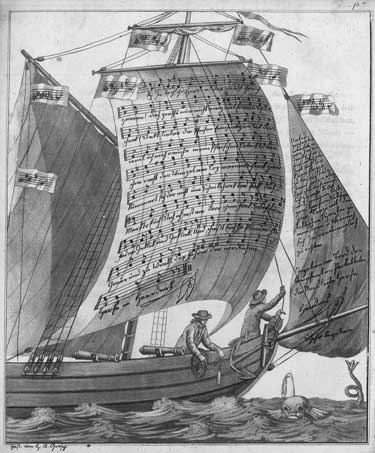 Engraving of the melody to Das Traumschiff from Die nördliche Harfe (1801)
The series has already attracted much attention from musicians grateful for the opportunity to appraise and enjoy this rarely performed composer’s works, presented here in a scholarly edition for the first time.

“Edition HH should be applauded for their willingness to seek out rare but wholly worthwhile repertoire, and their knack of bringing it to our attention through extremely high quality and usable editions. (The Consort)