Christopher has recently passed a good deal of time in Japan, having spent three weeks in September 2009 conducting a concert series of predominately Mendelssohn and Beethoven with NHK, and a week in February 2010 conducting a programme of Handel for the Japan Handel Festival.

For videos of one of the neo-classical programme concerts from September click here and here.

When Christopher returned to Japan in February he gave a lecture on music editing, at Showa University and conducted a concert in the Hamarikyu Asahi Hall. There was a photographer on hand to document the occasion and below are pictures of the concert and Christopher relaxing with the soloists in between rehearsals: 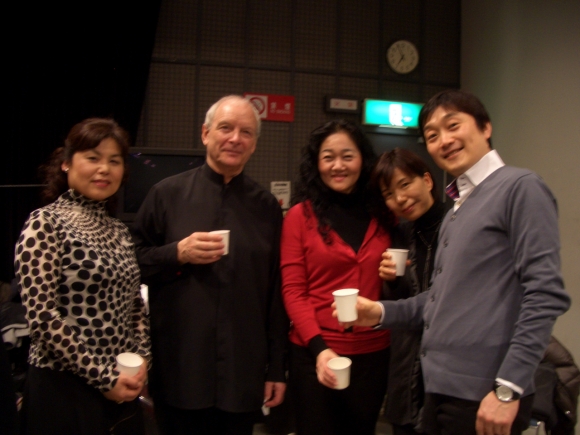 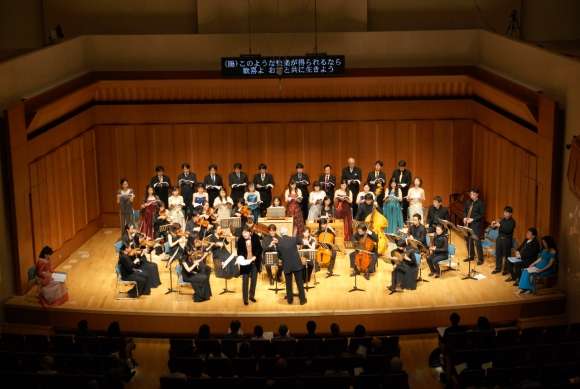 The concert was reviewed in The Mainichi Shimbun, a major daily newspaper in Japan. The article has been summarised by the organiser of the festival:

"Handel Festival Japan had a concert of Handel's unusual works conducted by Christopher Hogwood, a world famous authority of early music. His high-toned conducting draws out each peformer's talent. Japanese period instrumentalists, choir and soloists can achieve great success, if they perform with such an excellent conductor. This concert proved the great advance of early music in Japan."