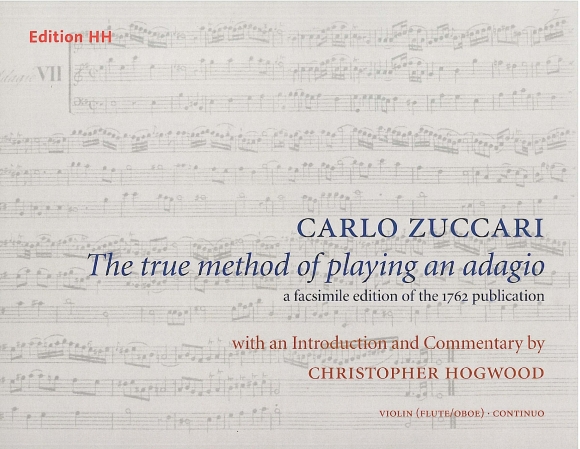 The problems of ornamenting a slow movement were as apparent in the 18th century as they are to players today: even Charles Burney admitted that it was an area “in which performers of great powers of execution often fail”. Carlo Zuccari comes to the rescue with a dozen sample adagios printed with both the simple line and a decorated alternative. There are no written rules in his collection — simply teaching by the direct method, and applicable to all melodic instruments (violin, flute, oboe, cello etc).

This facsimile edition contains a list of original misprints to be corrected and a full introduction and commentary by Christopher.