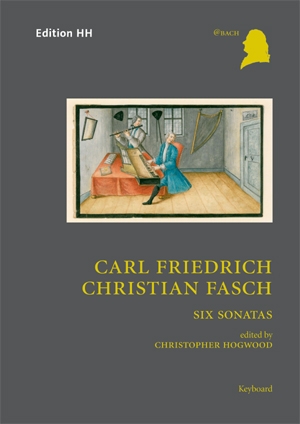 Carl Fasch was notoriously reluctant to have his music made public and even asked that much of it should be destroyed. What remains, however, supports the view of the contemporary critic Johann Reichardt that Fasch was the true successor to C. P. E. Bach, with whom he shared keyboard duties for Frederick the Great.

In this first volume of his complete keyboard works, the six sonatas, which appeared in print and were well regarded during the composer's lifetime, show him to be a minor master and an eloquent advocate for the eclectic expressive style then current in Berlin. Two further volumes will present his sets of variations, his unpublished sonatas and an intriguing sequence of "character pieces", all suitable for performance on the clavichord or the fortepiano. Please click here to visit the Edition HH catalogue.