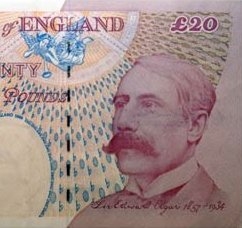 Until now, no edition has sought to reconcile the numerous disagreements between score and parts that have existed ever since the Serenade first appeared in print in 1893. Although Elgar's complete autograph manuscript has yet to be located, and the first printed edition must therefore be taken as the primary source, the task of resolving the latter's internal discrepancies has been informed by a recently rediscovered autograph manuscript of the first movement in its penultimate stage, as well as by manuscript and printed sources of Elgar's own arrangement for piano duet. The new edition includes a page of facsimile from the autograph of the piano duet showing where Elgar cancelled his original ending to the third movement before extending it to twice its length by the addition of material borrowed from the first movement.

At the end of his life, Elgar declared the Serenade to be his favourite work and it was included in his last recording session with the London Philharmonic Orchestra on 29 August 1933. In his Introduction, Christopher relates this recording to the printed score and demonstrates how performance practices have changed even in less than a century, highlighting the use by early twentieth-century string players of more portamento but less vibrato, and Elgar's cavalier attitude to his own metronome markings.

As ever, a full critical commentary is provided, and both (newly-corroborated) score and parts are available.