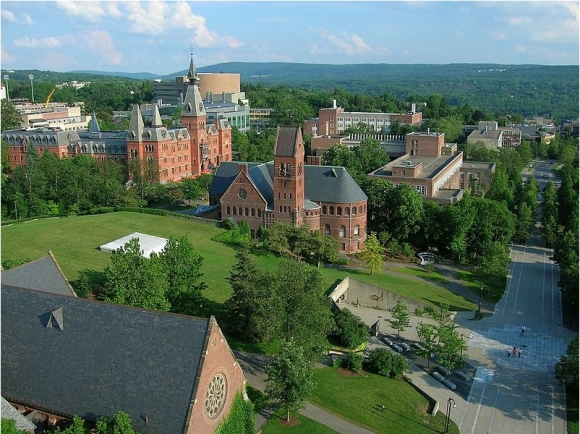 Once called "the first American university" by educational historian Frederick Rudolph, Cornell University was founded in 1865 and is described by its members as “centrally isolated” in New York State. Christopher was named an A.D. White Professor-at-Large at Cornell in 2012, for a six-year term. As a recent article about his visit in the Cornell Chronicle explains, "the program enhances the intellectual and cultural life of the university by inviting the world’s foremost scholars, thinkers and artists to campus.


"There are 20 active professors-at-large. They visit the campus for about a week at least two times during their terms, to conduct public programs and engage in intellectual exchange with faculty and students in classrooms, laboratories and informal settings."


During his residency, Christopher will deliver a public lecture, participate in a symposium on early instrument collections, coach two Cornell ensembles (see a recent article by Jane Dieckmann on www.ithaca.com for details) and lead a music seminar on Historically Informed Performance.