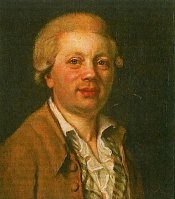 A student of C. P. E. Bach, Zinck was praised for his integrity: for emulating rather than imitating his teacher, and for avoiding the trend towards ease in performance that led many composers to saturate the market with "thin gruel". Of the Sechs Clavier-Sonaten, C. F. Cramer, in his Magazin der Musik, wrote, "Their interesting melodic style, highly developed turns of phrase, great diversity of musical ideas unified into one great sonata style far removed from the routine, and finally, very descriptive tone-painting, elevate them and make them worthy of the approval of connoisseurs".

Cramer chose to reprint in his review Zinck's own Preface, and both texts are reproduced, in facsimile and translation, in Christopher's Introduction to the new edition. Also included are facsimiles of the original title-page, the list of 294 subscribers, and Zinck's Postscript, in which the composer sets out his reasons for favouring treble over soprano clef. Zinck's short list of Corrections, included with the original edition, have been incorporated in the Critical Commentary, and the Ode, Kain am Ufer des Meeres, which constitutes an alternative ending to the sixth Sonata, is printed with a translation of Friedrich Leopold Graf zu Stolberg's verses.